Who knew that crypto was going to play such a part in this year’s rescuing and planting efforts at Rainforest Rescue? Not us. But we were ready and that turned out to be a great thing. Previously we spoke with the team at Roo Troop – if you missed the blog, you can catch up here – now, in this next installment of ‘Digitally Protecting the Daintree’, it’s all about the 13 tribes of space-bound creatures, known as Space Poggers.

We caught up with Specialist J to talk about how Rainforest Rescue came to win a mega prize from the Space Poggers community, and how these funds are helping us Protect Rainforests Forever.

“Space Poggers is a community-owned NFT collection featuring bleeding-edge technology, amazing art and immersive lore, created by artist Nate Bear and powered by QuantumTECH. With Nate Bear’s hand-drawn art and animation, Quantum Customs, and $MSG, the ERC-20 Governance token created by QuantumTECH for use in their bespoke Governance platform, the Space Poggers community is empowered to guide themselves democratically into the future. The year is 3095. The 12 Tribes of Space Poggers are creatures blasting through space and time aboard the Space Lark on a collective mission to repopulate the galaxy. Their only hope of survival is a pale blue dot, Earth, which is in dire need of help before their arrival. The 13th, or the Zero Tribe of cyborgs, are the antagonists in this story. The Space Poggers lore is woven into The Space Between The Stars, QuantumTECH’s multiverse of crossover lore.”

How did it come about that the Poggers wanted to do something good as philanthropists? What did that look like?

“From the beginning of the project, philanthropic giving has been a core mission of the Space Poggers collection and community. A portion of the proceeds from the project’s original mint, totaling $100,000 was stored in a community wallet in order to donate to a charitable cause decided by the community.”

Why did you decide to run a contest for the prize?

“When the Tribe Leader election was held in February 2022, each Space Poggers holder selected a charity out of the 1,500+ connected with The Giving Block as the final step in that inaugural voting process. After they were elected, a vote was held among the Tribe Leaders to confirm if they wanted to move forward with the initial selection, or if it should be done differently. It was decided by vote that each Tribe Leader would choose one charity candidate out of those connected with The Giving Block. The 13 Tribe Leaders each picked a charity and then it was up to the community to vote for their favourite from those 13 finalists. The Quantum Team reached out through The Giving Block to each of the 13 charities selected by Tribe Leaders and connected representatives from those organizations with their respective Tribe Leaders. An AMA (Ask Me Anything) for each Charity + Tribe was held in the Space Poggers Discord Server, and the recordings were uploaded to YouTube for those who could not attend live. This allowed the community to directly ask questions live, learn more about each organisation’s mission, and collectively make an educated decision on who to vote for.”

How did you decide to include Rainforest Rescue in the context? How did they get chosen as the winner of the prize?

“Rainforest Rescue was the charity selected by NatureNuts.eth, the Mouse Tribe Leader. Because they are connected with The Giving Block, Rainforest Rescue was eligible to become a candidate for the donation of $100K. After all 13 AMAs concluded, Rainforest Rescue’s AMA, led by CEO Branden Barber and HQ Admin and Social Media Manager, MaryBeth Harrison, earned the most votes, determined by the total amount of $MSG pledged.”

“It was harrowing,” said Branden. “But ultimately how wonderful is that? $100,000 USD to help Rainforest Rescue be better and do more for the rainforests!”

What’s next for Space Poggers?

“The future of Space Poggers will be entirely community driven. The $100K donation opened the door to an evolving conversation of charitable giving in Web3. Since the conclusion of the $100K donation vote, the royalty distribution for the Space Poggers collection has been modified to distribute an equal portion of the royalties from each Pogger sold on secondary markets to the connected wallet of each of the 13 charities via The Giving Block.” 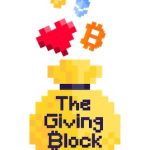 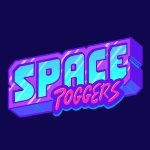 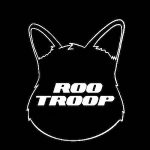