We Believe Trees Are The Answer

Our ‘Plant a Rainforest’ projects replant rainforest and re-establish habitat for plants and animals’ endemic to that specific ecosystem. 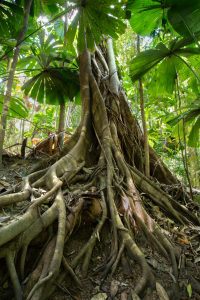 Rainforests cover only 6% of the Earth’s surface yet they contain over 50% of the world’s animal and plant species. They also play a critical role in climate regulation by stimulating rainfall and producing oxygen to sustain life. Over three-quarters of Australia’s rainforests have been cleared since European settlement. Only fragments remain across northern Australia and down the east coast to Tasmania.

The Daintree Rainforest is home to an incredible array of wildlife including:
30% of Australia’s frog, reptile, and marsupial species
65% of Australia’s bat and butterfly species
18% of all bird species
12,000 insect species

The Daintree region also holds the highest concentration of primitive flowering plant families – with a total of 19 worldwide, 12 are represented in the Daintree.

Rainforest Rescue’s current Native Rainforest Nursery in the Daintree propagates and grows all the rainforest trees for our Daintree lowland revegetation ‘Plant a Rainforest’ projects. Seeds are ethically collected from the Daintree Lowland Rainforest between the Daintree River and Cape Tribulation and the trees are replanted in the same area. Currently, this nursery facility propagates around 12,000 trees a year.

Thanks to your support, we are currently building a new Native Nursery – the Daintree’s largest nursery  – that will ultimately produce 150,000 trees per year which is enough trees to replant almost 25 hectares of rainforest habitat every year.

Our Scientific Advisor, Dr. Robert Kooyman, developed a planting model that creates rich rainforest in the shortest amount of time, encouraging rapid canopy closure and abundant diversity. Where this has been used we see the best outcomes.

We plant up to 8,000 stems per hectare and plant trees close to one another (1.2m). That means we can restore almost a hectare and a half each year with our current tree supply. 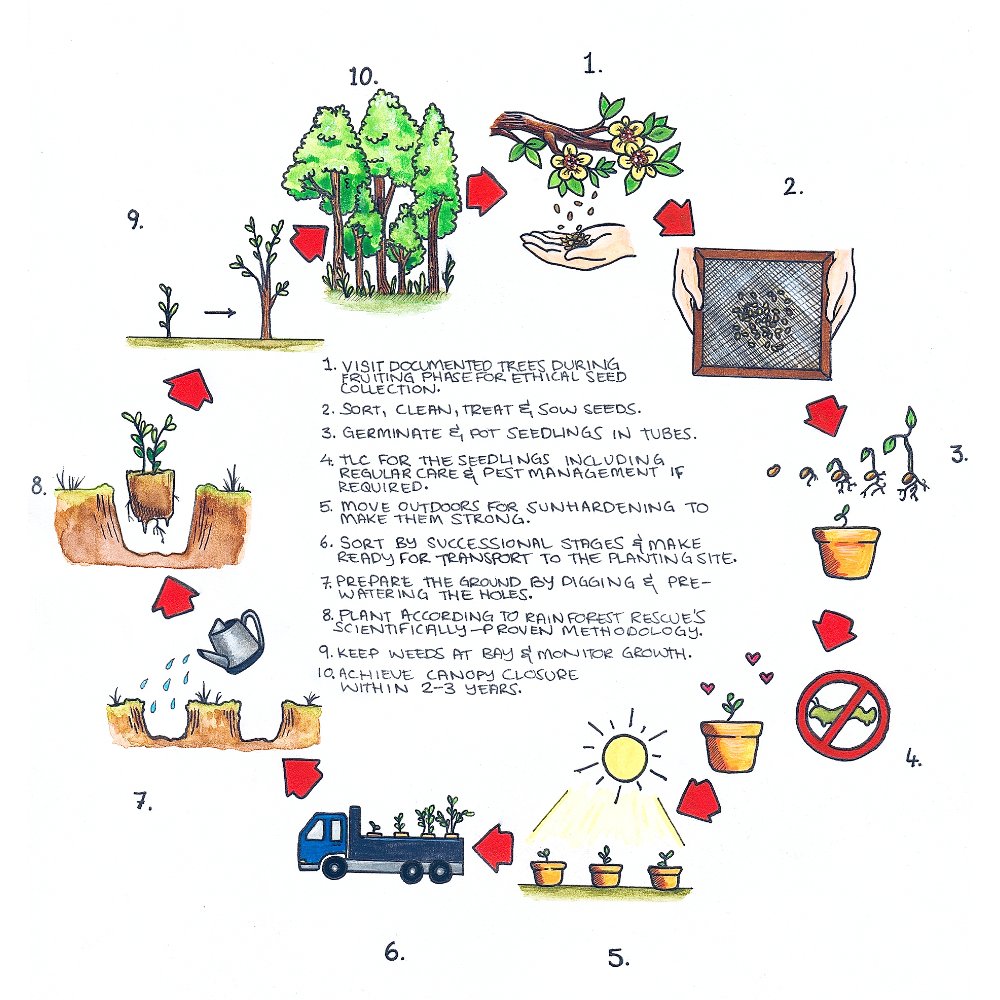 Want to learn more about our Rainforest Restoration Projects?

Read about how we’re transforming an old cane field into Rainforest at Nightwings Rainforest Centre (2125 Mossman Daintree Rd, Wonga), or check out the video below from 2022’s Annual Community Planting Day.

Learn about how we restored an Oil Palm Plantation back to Pristine Rainforest at Kurranji Bubu (Lot 46 Cape Tribulation Road) and applied Nature Refuge Status to ensure it’s protected forever.