In the Guardian: ‘This is how it should be’: replanting the Daintree rainforest

By Branden Barber
Posted 13 June 2021
In Buyback, Conservation, Events, Fauna, Flora, News, Rescue, Restoration, Tree Planting, Volunteers
In the Guardian: ‘This is how it should be’: replanting the Daintree rainforest2021-06-132021-10-06https://www.rainforestrescue.org.au/wp-content/uploads/2019/09/logo.pngRainforest Rescuehttps://www.rainforestrescue.org.au/wp-content/uploads/2021/06/andrew_john_solomon_by_sean_davey-scaled.jpg200px200px 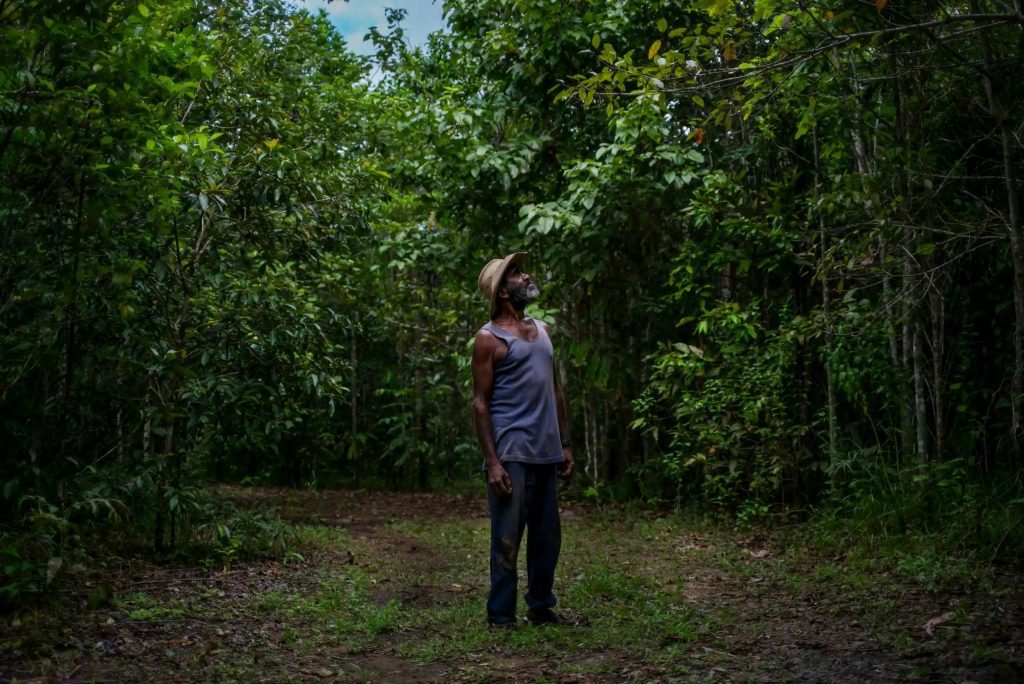 Andrew John Solomon, a Kuku Yalanji traditional owner of the Daintree, which was regenerated by Rainforest Rescue over a 10 year period. Photo by Sean Davey/Guardian

[This article appeared in the 12 June 2021 edition of the Guardian and was created by Sean Davey. The original article is here.]

‘This is how it should be’: replanting the Daintree rainforest

Australia’s world-heritage listed Daintree rainforest teems with unique flora and fauna, including one of the rarest and most primitive flowering plants in the world. It spans 120sq km and is estimated to be 180 million years old, but in recent years logging and sugarcane fields have threatened this natural wonder. Now an ambitious ‘buy back’ scheme is set to bring the rainforest back to life
by Sean Davey
As Andrew Solomon looks up at the rainforest canopy on Kuku Yalanji land near Cape Tribulation, his eyes start to water.

“When I first came back, I felt someone was following me. I could feel a presence. I wasn’t wearing any shoes and all of a sudden I felt a bolt of electricity come up through me from the ground. It was country speaking to me, it was welcoming me back.”

Solomon is a traditional owner of Kuku Yalanji land in the Daintree rainforest, in far north Queensland. The world heritage-listed area, in Cape York on the northern peninsula of Australia, is thought to be one of the oldest rainforests in the world.

In the 1980s, parts of the Daintree were subdivided, with more than 1,000 lots allocated for private sale and development. Thirty-five years on, without basic infrastructure such as mains power or water, life in this remote part of far north Queensland can be as harsh as it is beautiful for its occupants.

On the 1 May this year, Solomon performed a special Welcome to Country ceremony on what has long been known as “Lot 46”, a freehold block, which is just under 28 hectares of land which sits north of the Daintree River and was bought by Rainforest Rescue in 2010.

Founded in 1999, the nonprofit organisation’s mission is to buy back blocks of land in the Daintree and, in partnership with local Indigenous people, regenerate them into natural rainforest habitat. After Solomon’s Smoking Ceremony, Lot 46 was renamed “Kurranji Bubu”, Cassowary Land in Kuku Yalanji language.

“Our Mother Earth is a spirit too and we learn to connect with it. She wants to look after us, but we need to look after her too.”

“We continue to ask questions [of traditional owners] about the types of ecosystems that have existed in different parts of the rainforest, and that has adapted our planting priorities. It all comes down to respect.

“This is not our land. I’m not a big person for private ownership, I never have been. It’s actually a funny thing to be considered one to the largest landowners in the Daintree.”

“We’re never going to do anything with this land … and there is a natural bridge with the traditional owners because of our intentions. We both come from a shared place of gratitude and the local Indigenous people know that we are not going to exploit the land.”

There are tremendous environmental benefits to the revegetation of rainforest ecosystems, especially with regard to the unique location of the Daintree and its proximity to the Great Barrier Reef.

“One of the contributions we make is to restore land, restoring soil and drawing carbon out of the atmosphere,” Barber says.

To date Rainforest Rescue has bought 35 properties in the Daintree, some of which have been cleaned, cleared and revegetated; others were already intact rainforest habitats.

“I bought this land in 2014 and started reforestation in 2015. It was a plan from the beginning to do reforestation and since then we have planted 70,000 trees.”

Schoenberger has been working with Rainforest Rescue to restore her property to its original rainforest habitat, and every year they have held tree-planting days on her farm. Last year’s event was cancelled due to Covid-19 but, this year, in late April, more than 100 people turned up to help plant trees.

Julaywarra elder Bennett Walker, a traditional owner, has been working with Schoenberger to revegetate her property.

“When I heard that Annie was going to replant in the place here, because it’s in our country, I thought it was a good chance to do something.”

“I grew up here cutting cane when I was 16, 17 years old. But being young, I didn’t know what it was doing to the environment.”

Walker remembers the landscape before the sugarcane farms dominated.

“When we were living in the mission back then, this was all bush and scrub. To get from Daintree to Mossman was just a little track, but because we were in the mission, we weren’t allowed to travel out of there, we were restricted.

“All our animals were disappearing, being pushed back. But since we started doing this we can now see the cassowaries, frogs and things like that coming back into this area. And that, for me is something for my grandchildren to see. They would have missed out on that part of our history if it weren’t for this.”

It’s not only the returning of natural fauna and flora that is of concern to Walker. When asked if it is possible for sugarcane farming and the rainforest to coexist, he pauses for a moment to think.

“I suppose it could, but as I’m getting older, my people, my people, have been affected by diabetes. Sugar is a real problem in my community. Both my wife and I are diabetics and we don’t touch sugar any more.”

Walker points to the mountains of the national park that borders the property. “This is what it was, and how it should be.”

[This article appeared in the 12 June 2021 edition of the Guardian and was created by Sean Davey. The original, beautiful article is here.] 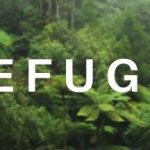 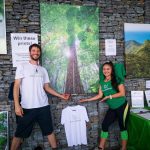