The Next Generation of Rainforest Rescuers! 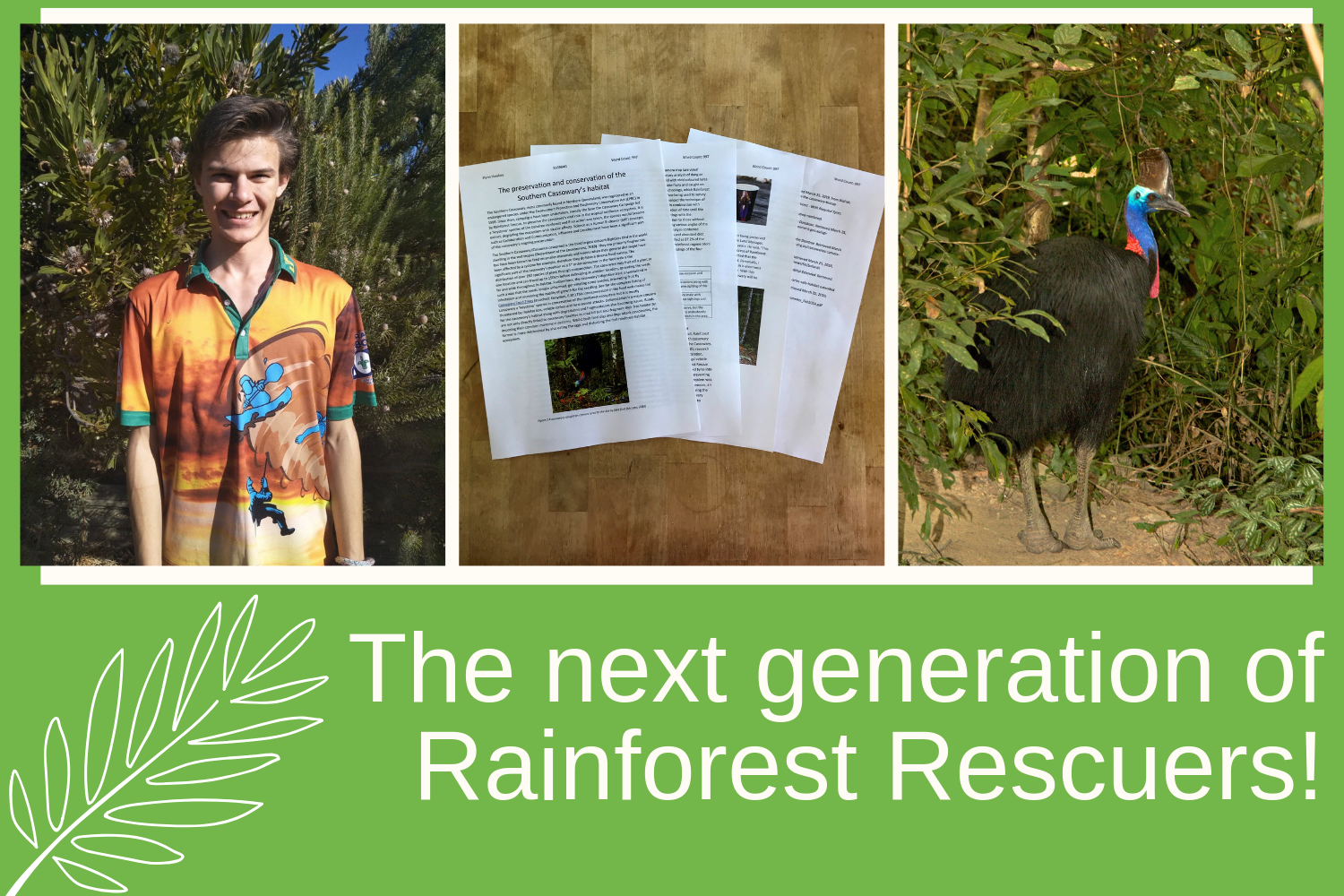 Meet Flynn Hawkey! Flynn is a year 11 student at Trinity College South Australia who has a keen interest in the cassowary and it’s natural habitat.

One of Rainforest Rescue’s four key pillars is “Learn”, we love sharing information and raising awareness about the Daintree and it’s native fauna. We were thrilled when Flynn contacted us seeking information for his “Science as a Human Endeavour” (SHE) task. Flynn’s report, “The Preservation and Conservation of the Southern Cassowary’s Habitat” is well-written, informative, and jam packed with interesting cassowary facts. You can read the full report here.

Flynn’s mother mentioned that Flynn has “always been obsessed with cassowaries” and Flynn has told us he’d like to visit the Daintree again in the near future – he visited when he was younger, but sadly didn’t see any cassowaries in the flesh, so he got a plush toy instead. You can’t see it in the photo above, but the scouts shirt he is wearing from the 2016 Australian Jamboree (Queensland Contingent) has a picture of a cassowary on the back.

In case you’re wondering, Flynn received an A+ for this report & is now considering continuing his biology studies into year 12.

We are very excited to know that there are youth like Flynn who are so passionate about our environment and native animals. Way to go, Flynn!