Daintree: the ‘Engine-Room’ of Evolution

Daintree: the ‘engine-room’ of evolution 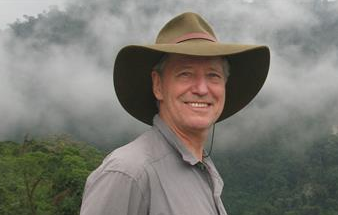 In an era of decline, it is hardly surprising that one of the key objectives for conservation should be the protection of existing diversity. It is both an admirable pursuit, and a worthy focus. Diversity is, after all, the outcome of long time-scale processes that shaped the earth, and life, and produced the myriad of life forms we see today.

In the fossil record, we can look back in time and marvel at the ‘ages’ that preceded ours, and witness the incredible divergence of form and function that mirrored the changes that shaped our planet. From the world of science, we can learn of these transformations and adaptations, and celebrate the emergence of our understanding of evolution. It is from the realm of science and our increasing understanding of the biological realm that we can also gain a glimpse of the future. Our understanding of the biological world has been transformed, like the earth itself. We now understand that the future of the natural beauty, diversity, and function of this planet is threatened. We now know that the protection of those values rests in our hands.

The spectacularly diverse rainforests of the planet have already been diminished, and continue to be cleared and damaged. The processes that created the incredible species diversity of those ecosystems, and drove their evolution, are beginning to unravel. The Daintree rainforest, as part of the Wet Tropics of Australia, is a global biodiversity hotspot. It has been a focus for the protection of diversity and of natural and cultural heritage for many years. Yet key areas remain unprotected and threatened, and its future is at risk. From deep time to the present the rainforest lineages of Gondwana have survived on the Australian continent. They are now restricted to the few small areas of moist forest that persist on this dry land, including the Daintree (2).

Sometime during the late Cretaceous (some 70 million years ago) to the Eocene (56-34 million years ago) the Australian continent broke free of Gondwana and began a journey that resulted in it becoming the driest vegetated continent on earth (1). That long slow-motion journey culminated in the more recent collision with the Asian plate (Sunda) and the uplift of Papua. Along the way, diversity was lost, but miraculously the concentration of ancient rainforest lineages survived. In some cases, species from the ancient lineages escaped to the newly uplifting mountains of Papua-Asia where they found cool, wet conditions (1). However, it was not all one-way traffic, and it was not all about escape. Once the Australian continent had established its intermittent connection with Asia there were times of expansion of the rainforest before climate-driven contraction once again dominated. During the expansion times, there was an inevitable movement of Indo-Malesian (Sunda) rainforest species into Australia. Many of those ‘invading’ species are now found in the monsoon vine forests of northern Australia, and the lowlands of the Wet Tropics, including the Daintree (2). The ability of some of the Sunda species to move in response to opportunities reflects some fundamental aspects of their biology and lifestyles and is reflected in their genetic structure and traits (3). Many are fast-growing species with large or compound leaves, and small easily dispersed seeds. They are often dispersed over long distances (4), and can establish quickly in disturbed landscapes where opportunities allow. This leaves them well suited to scenarios of high disturbance and shifting climates.

The lowland rainforests of the Daintree not only represent a mixture of the ancestral Gondwanan elements (still dominant in many cases) with the Indo-Malesian flora but the largest remaining area of tropical wet lowland rainforest in Australia. Buffered from the most severe effects of climate change and continental drying during the Pleistocene (from 2.6 million years ago to the last glacial maximum around 20 thousand years ago) the lowland rainforest of the Daintree represents and protects that remarkable natural history and diversity into the present.

In combination, those long time-scale processes, and the environmental filtering that occurred as a consequence of shifts in climate and sea-levels, shaped the ecological and evolutionary processes that protect the lineages of the Daintree rainforest. However, the survival of the rainforest is not just about species survival. It is about the persistence of the ecosystems and the processes that produce the species, at scales that allow natural processes to operate. Those processes rely on the survival of the ancestral lineages, the capacity of the species in the ancestral lineages to adapt and survive under changing conditions of the environment, and the availability of room (environmental space) for populations of species to shift in response to changes and thereby allow the movement (or flow) of genes across landscapes.

Evolution is the natural process that creates species by ‘natural selection’ and by genetic drift. To protect evolutionary potential into the future we need to protect the species, the populations, and the landscapes that nurture and allow the fundamental processes of ecology and evolution to operate. That is the goal of informed conservation. That is why the vision statement of Rainforest Rescue is to protect rainforest forever.

The Daintree is critically important as an ‘engine-room’ of evolution. It is the largest area of the wet lowland tropical rainforest remaining and protects both the ecological and evolutionary processes that result in diversification, adaptation, and survival. Help us secure a future for all species, for all time.

Dr Robert Kooyman has been involved with protected area and conservation management for over 35 years. His current research and publishing focus is on the evolutionary ecology, botany, and paleo-botany of the Australian rainforests, and the relationship between soil nutrients and the Australian vegetation. He has undertaken studies of the rate and direction of recovery from disturbance of a number of rainforest ecosystem types and participated in collaborative global studies of rainforest species distributions and forest dynamics. He is a research fellow with Macquarie University and an honorary research associate with the Royal Botanic Gardens Sydney. 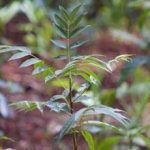 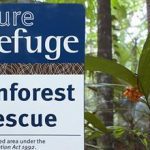