Australia has lost one of its true environmental champions – Celebrated Conservationist, Margaret Thorsborne, 1927-2018 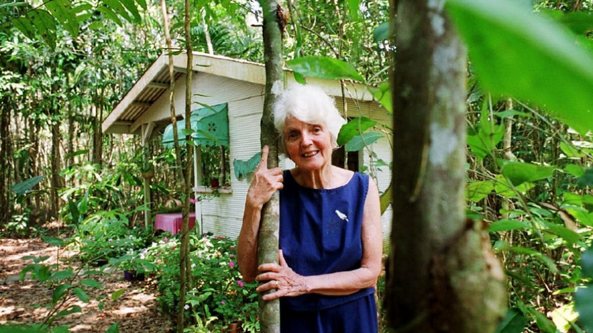 Margaret’s deep love of the environment and a genuine sense of responsibility to protect it occupied much of her life. Married in 1963 to Arthur Thorsborne, this dynamic couple shared these values and very quickly became known for their serious commitment to conservation. They built a life for themselves on 23 hectares of coastal rainforest on the mainland opposite Hinchinbrook Island, north Queensland, and were instrumental in the establishment of national parks (Edmund Kennedy NP) to protect the area’s significant natural values.

There the Thorsbornes were the first to bring attention to the wholesale shooting massacre of the Torresian imperial pigeons at their breeding colony on North Brook Island. This began one of the world’s longest-running wildlife population surveys. A truly remarkable story told in the 2015 documentary The Coming of the White Birds 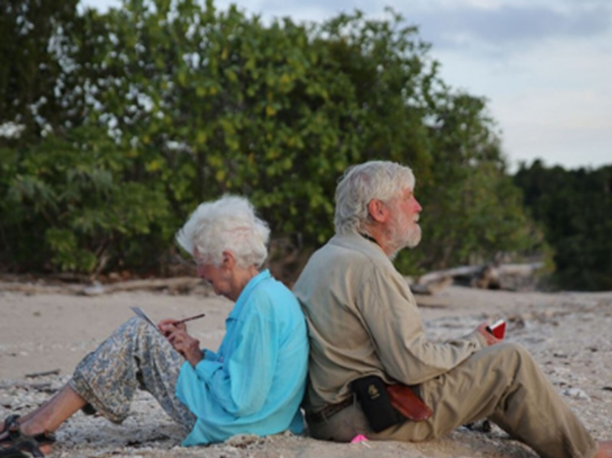 After Arthur died in 1991, Margaret was left to face her greatest environmental challenge – saving her beloved Hinchinbrook Island from a major marina and resort development. Her ongoing engagement with the community and the local indigenous people created a formidable team of resistance. Assisted by the fact that she also attracted genuine respect from governments, decision-makers and the media contributed to a win for the island and for the preservation of its beautiful and wild natural environment.

“Her courage, determination, resourcefulness and resilience were simply outstanding while her gentle smile and unfailing courtesy concealed a steely resolve,” states ABC’s Liz Downes. Margaret was known to spend days in searing summer heat trying to halt a bulldozer’s onslaught. “At the same time Margaret never ceased her polite but impassioned appeals to those in power to fulfill their national and international responsibilities to protect this area of the world’s heritage.”

Margaret’s skills as a writer and artist added to her effective ways of conveying the conservation message.

The Thorsborne legacy lives on through Margaret and Arthur’s book Hinchinbrook: The Land Time Forgot, and in the Thorsborne Trail, the world-renowned walking track running the length of Hinchinbrook Island.

These legacies, along with the annual Thorsborne Award which recognises a long-term commitment to preserving the values of the Wet Tropics rainforest and its diversity of species, are a true testament to Margaret’s determination to save Australia’s precious natural assets. Vale, Margaret Thorsborne.

(Rainforest Rescue was honoured to have been a recipient of the Thorsborne Award in March 2018.) 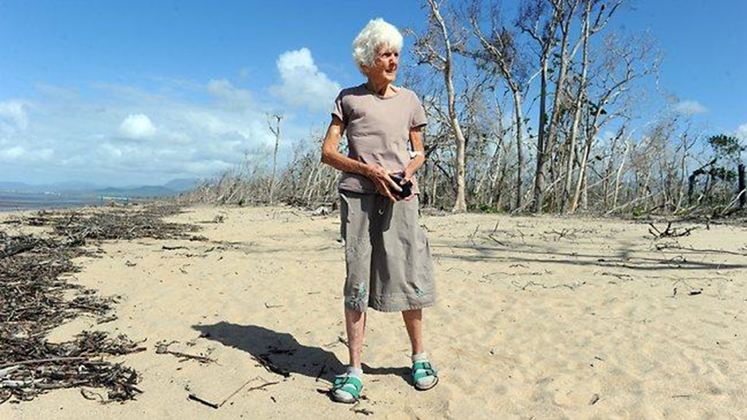 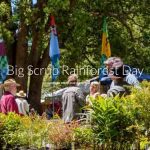 Big Scrub Day – Not to Be Missed!Events, News, Partnerships 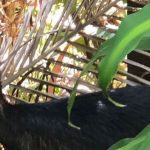