Conservationists are celebrating news of two new species discovered in the Daintree, Far North Queensland. However, the unique rainforest habitat that supports these and many other rare species is itself under threat.

Current rates of deforestation around the world mean vulnerable tree species are getting scarcer – literally by the minute. Half of the trees on the planet have been lost since humans started to clear forests. With land everywhere under increasing pressure, around 15 billion trees are chopped or burned down every year.

Much of the internationally renowned Daintree lowland tropical rainforest is in desperate need of protection. Positioned between the Wet Tropics of Queensland and Great Barrier Reef UNESCO World Heritage Areas, the Daintree hit the international headlines in the early 1980s, when the Cape Tribulation to Bloomfield road cut through the area. Since then, thirty years of land clearance, introduction of non-native invasive species and inappropriate development have undermined the conservation of this unique place. The effects extend beyond the destruction of natural rainforest habitat and extinction of flora and fauna, impacting on significant cultural heritage.

The Daintree is a vulnerable and special landscape. It hosts a diverse ecosystem, one that is found nowhere else in the world.

Rainforest Rescue, with the support of public donations, has bought back and reforested 25 rainforest properties across the Daintree.

Much of the lowland forest area has been sub-divided into lots, some of which have been developed or have development approval. “As these lots come up for sale on the open market it is critical that we move quickly to secure the land rather than let it be fragmented” says Rainforest Rescue CEO, Julian Gray.

“By buying back vulnerable rainforest, reforesting the Daintree with local endemic tree species from our native nursery, and protecting these special lands with nature covenants in perpetuity, we are able to effectively save these unique forests.”

Internationally, the continuing destruction of rainforest in Indonesia and the Amazon has been showcased at the Paris climate talks to highlight the importance of the habitat. Rainforests act as the lungs of the planet and help make us more resilient to the impacts of climate change.

Rainforests are the engine room of evolution, sheltering almost half the global tree species. With over 3 trillion trees on the planet, 1.4 trillion of these are in tropical and subtropical forests. This equates to around 400 trees for every person on the planet 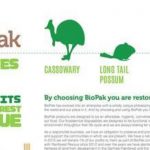 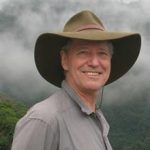 Daintree: the ‘Engine-Room’ of EvolutionLearn, News
Skip to content