Rainforest Rescue is grateful for the partnership of Rainforest Rescue Germany – Rettet den Regenwald. And it was under Reinhard’s leadership that our partnership was begun. For years we have helped protect rainforests and their magnificent biodiversity, believing that nature is essential, is beautiful, and has every right to exist and to protection. Reinhard, as you’ll read below, dedicated his life to protecting rainforests around the world. And while his work through Rettet den Regenwald will continue, his voice will be missed. You can also read this article at their site here. We wanted to add our respect and our appreciation for him in his passing.

Go well, Reinhard. Thank you for your profound contributions and your unique spirit. We’ll do our best to keep up the good work that you devoted your life to. – Branden

Reinhard Behrend passed away on Friday, June 5, 2020. The driving force behind Rainforest Rescue, he dedicated his life to the preservation of nature.

Reinhard Behrend, the founder of Rainforest Rescue (Rettet den Regenwald e.V.), passed away on June 5, 2020, after a long battle with cancer. A sociologist based in Hamburg, Germany, Reinhard dedicated his life to nature and the rainforest in particular. Fascinated by the beauty and diversity of the natural world, he built a worldwide network to defend it. With Rainforest Rescue’s protest actions, he helped sensitize the public to the issues of environmental crime and social injustice. While he knew that rainforest destruction is a juggernaut that cannot be halted easily, he never let up in his determination to stand up for biodiversity and the rights of rainforest dwellers.

His life’s work: saving the rainforest

Reinhard’s desire for us to reconnect to nature was at the heart of his struggle. As a child in postwar Hamburg, he was fascinated by the teeming life in the allotment gardens on the outskirts of the city. As a young man, his curiosity and drive to explore drew him to the rainforests of Southeast Asia and Central America. These unique ecosystems and the threats they face left such a deep impression on him that he made saving the world’s rainforests his life’s work.

Influenced by the anti-nuclear and peace movements, he began working in the mid-1980s to raise German mainstream society’s awareness for its responsibility for the destruction of the rainforest.

With his information campaigns, Reinhard reached more and more people, keeping up the pressure on policymakers and bureaucrats. At the same time, he supported grassroots groups in tropical countries in their fight against rainforest destruction, knowing that strengthening local groups and putting donations to work on the ground would have the greatest impact.

As much as he savored his successes, he knew that the power of corporations and ever-increasing consumerism would quicken the pace of destruction. Encouraging us to fundamentally rethink our behavior was therefore always at the core of his message, making him a role model for many of his fellow activists.

As Reinhard’s health declined, he passed the torch to the current Rainforest Rescue co-chairs, fellow founder Dr. Bettina Behrend and the Indonesia expert Marianne Klute, in May 2020. The organization currently has several hundred thousand supporters worldwide.

In an interview marking the 25th anniversary of Rainforest Rescue, Reinhard described how he always hoped for an “outcry in our midst”. For him, the protest could never be loud enough. As friends of the rainforest, to whom he has given a platform with Rainforest Rescue, we will continue to raise our voices loud and clear, even if we are silent today. 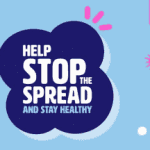 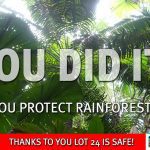 You did it! Lot 24 Cape Tribulation Road is safe!Conservation, News, Rescue
Skip to content