This article is part of a wider research project undertake by Elle McDonald for Rainforest Rescue to help better understand issues and opportunities with indigenous communities and rainforest protection.

In the Wet Tropics, Queensland the Cape York Peninsula Heritage Act 2007 has enabled the creation of national parks and nature refuges over Traditionally Owned land. The new class of protected area may apply to both existing national parks, as well as new national parks established through this framework. The program secures about half of all land handed back to Traditional Owners as Queensland National Parks. So far, this has seen approximately 2.2 million hectares in the Cape York Peninsular returned to Traditional Owners, with 1 million hectares of new national parkland established.

Ongoing evaluation of the social and cultural issues associated with joint management arrangements is essential, as participation in protected area management has not always shown favour to Indigenous communities, who must often forgo many benefits of land ownership in negotiating with government agencies. Where successful partnerships are cultivated however, a range of cultural, economic and environmental benefits can be achieved. The success of such partnerships may be determined by I) the degree to which Indigenous land rights are recognised, II) the ongoing funding allocated to the scheme and III) the level of self-determination promoted for Traditional Owners.

Secure tenure of forestlands for Indigenous communities has a range of ecological benefits such as a reduction in pest species, improved threatened species management, hydrological services, nutrient retention and carbon sequestration, and decreased levels of deforestation. In Bolivia, Brazil and Colombia alone the tenure security of forests within Indigenous territories will prevent the emission of 1.19 Gigatonnes of carbon dioxide emissions over the next 20 years.

Management of protected areas by Traditional Owners can also have a range of beneficial economic impacts for both Indigenous communities and investors. An Australian social return on investment report indicated that an initial investment of $35.2m in Indigenous Protected Areas from Government and other third parties generated $96.5m in social, economic and environmental values from 2009-2015 financial years.

Joint management of protected areas provides employment and increased opportunities for economic development in Indigenous communities. Warddeken Indigenous Protected Area, for example, has secured considerable revenue for Traditional Owners through the establishment of a successful carbon offset program. Caring for Country is also associated with a number of health benefits for Indigenous Australians.

One issue often involved in Indigenous partnerships for protected area management is “eco-colonialism”. Many of such partnerships have encompassed a dominance of modern ecological principles over traditional ecological knowledge, as well as the exclusion of Traditional Owners from the decision-making process.

There is great contention as to whether joint management arrangements in Australia successfully facilitate self-determination for Traditional Owners. While they provide excellent opportunities for economic and community development, they still face much criticism. In many cases, they could be considered a government response to Native Title claims that impose conditions upon which the Traditional Ownership of lands may be recognised; most arrangements require an immediate lease of lands to government as national parks.

Joint management models in Australia often incorporate strategies that encourage Indigenous autonomy over protected areas, such as boards consisting of Aboriginal and Torres Strait Islander majorities. The structure and conduct of such boards, however, are largely bureaucratic, meaning they can tend to serve government, rather than Indigenous interests.

The research also looked into inconsistencies in Queensland’s legislation for biodiversity, land rights and mineral exploration, and the implications they pose for the security of Indigenous land ownership. The permitting of mineral exploration and extraction on nature reserves in Queensland is a quintessential example of this. There are currently 273 mineral exploration permits within the boundaries of Nature Refuges. The Cape York Peninsular Heritage Program has established 17 nature refuges, totalling 560, 000 hectares, on Traditionally Owned lands, which under the Nature Conservation Act 1992 (Qld) are not exempt from mineral exploration.

Mineral exploration and extraction has been and continues to be, one of the most influential industries in the dispossession of land for Indigenous Australians. While the Queensland government hands back land to Traditional Owners as National Parks, it continues to approve projects such as the Carmichael Coal Mine on Traditional Lands. This project was approved against the will of Native Title Claim groups, the Wangan and Jagalingou Traditional Owners, through the National Native Title Tribunal. The Federal Government has also moved to make amendments which could weaken Native Title laws, following a recent Federal Court decision that threw into question the validity of Indigenous Land Use Agreements.

Some recent developments in Queensland’s protected area strategy do suggest it may be moving forward in protecting conservation covenants from mineral exploration. A Draft Queensland Protected Area Strategy released in February this year proposed a new class of privately-owned protected area called “Special Wildlife Reserves”. The reserves will consist of higher-level protection than Nature Refuges, consisting of ‘national park’ protection status on privately owned land. This protection status would preclude mineral exploration within the boundaries of Special Wildlife Reserves. The security of privately-owned protected areas such as conservation covenants would, therefore, be strengthened should the Queensland Government proceed with its proposals.

“I would like to acknowledge that I do not speak for, nor do I understand the challenges faced by Indigenous communities. This research was undertaken rather to assist in informing Rainforest Rescue on best practice in, and potential opportunities for partnerships with Traditional Owners. Rainforest Rescue has previously worked in partnership with Girringun IPA and with the Daintree Jabalbina Yalanji Aboriginal Corporation through projects such as restoration works in the Wet Tropics, Queensland.” 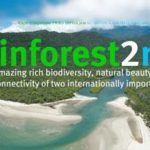