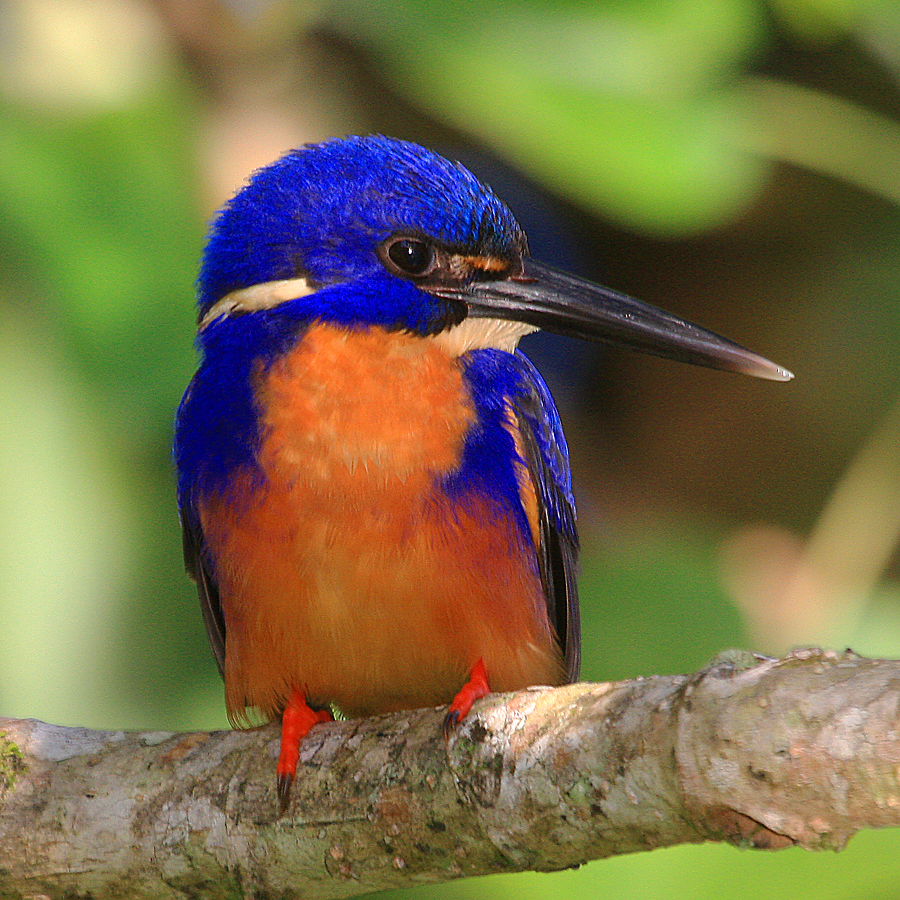 Introducing the Azure Kingfisher (Ceyx azureus), one of the smallest and most dazzling kingfishers in Australia and just one of many types of Kingfishers found in the Daintree Rainforest.

Azure Kingfishers are easilly identified by their deep blue feathers, distinct white spots on the sides of their necks, some blue-violet streaks on the breast area and flanks, and red feet with only two forward toes. The sexes are visually similar, while the young birds have a darker cap and are their colours are generally duller.

Azure Kingfishers are never far from water and are often seen inhabiting creek banks, swamps, lakes, tidal estuaries and mangroves in northern and eastern Australia, Moluccas and Lesser Sundas (Indonesia), or New Guinea & surrounding islands. Their diet is predominantly freshwater yabbies, small fish, and aquatic insects, which they catch by shallow plunging into the water.

Azure Kingfishers are very defensive of their breeding territory and form monogamous pairs. Their nests are hidden away at the end of a burrow, dug out of soil in riverbanks. Both parents incubate and feed the chicks.